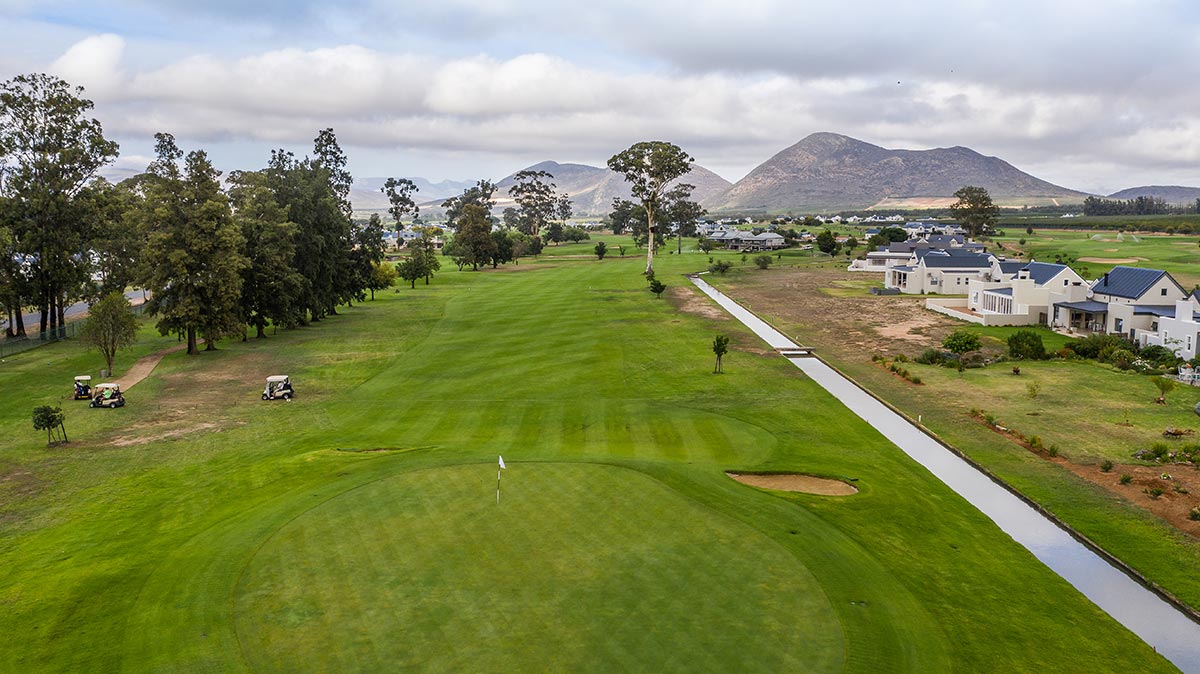 The greens are currently in a good playable condition with an average roll speed of nine on the stimp meter. All greens re-ceived the following: two applications of fertilizer, one applica-tion of insecticide (targeting cutworms), two applications of herbicide (for the selective control of moss), one sand-dusting application and one application of soil penetrant to assist the greens with better water infiltration.

Water infiltration is still a big concern on our greens and will be approached on a more practical manner during the month of May. All greens drainage outlets will be opened up by the mouth of the outlets and cleared of all dead organic matter that typically builds up after a number of years. The drainage lines will thereafter be flushed clear from the top with an industrial high-pressure pump and hose.
The next step would be to verti-drain all the greens after the lines have been flushed to promote water movement throughout the green’s soil profile. Through my experience I believe that this exercise would promote better water infiltration towards a deeper rootzone of the bent grass and away from the shallower rootzones of invasive species such as moss and Poa Annua.
To further promote the movement of water and oxygen through the green’s profile, we will need to Hollowtine and verticut more aggressively than before during spring treatment (September). This will be to remove the excess build-up of thatch (+/- 80mm), that acts as a sponge and re-tains surface moisture which in return cause a multitude of problems such as poor root develop-ment, insect, disease and weed (Poa & Moss) infestation.

All Tees, Surrounds and Fairways are currently in good condition largely because of “deep-watering” caused by adequate rains recently received on the course. With the good rains germi-nation of broadleaf weeds also increased in these areas and had to be sprayed with a selective herbicide during April.
All Tees, Surrounds and Fairways will now be put on a continues herbicide program up until roughly the end of October, for the control of invasive weed species mainly being clover.
Mowing frequency has started to decrease on these areas, combined with the decrease in growth due to the colder weather experienced during April.

Spraying of the thorns in outer rough areas took place during the month of April and will contin-ue until winter. All tree bowls have received a selective herbicide application for the control of invasive grass and are in the process of being cleaned and bowls recreated.
A project has also begun to extend and create new cart paths throughout the golf course. Low maintenance and drought friendly plants will also be incorporated at some of these new cart path areas.